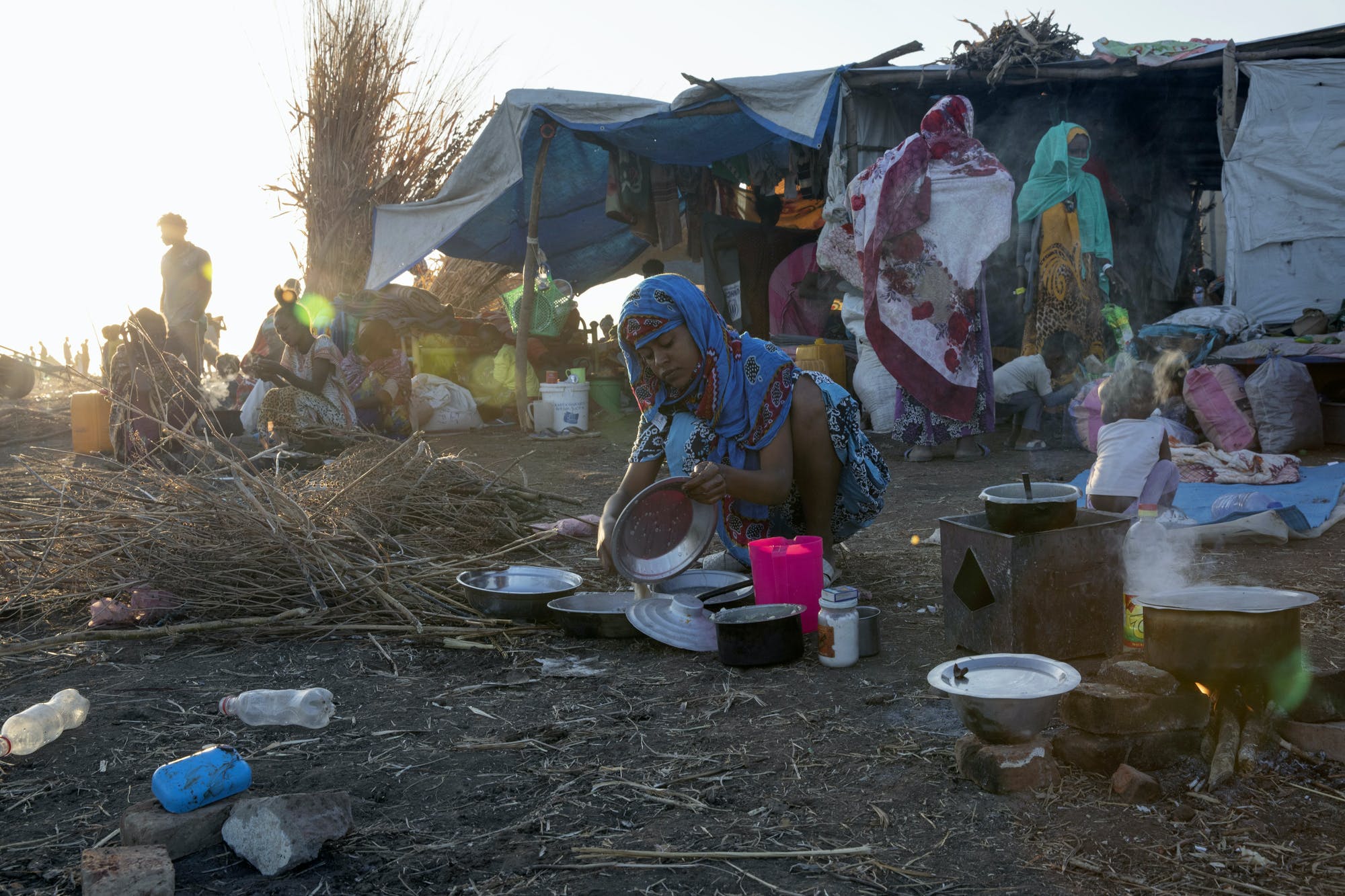 Soldiers from Eritrea systematically killed "many hundreds" of people, the large majority men, in a massacre late November in the Ethiopian city of Axum in the Tigray region, Amnesty International said Friday. The new report echoed the findings of an Associated Press story last week and cited more than 40 witnesses.

Officials at the Pompeii archaeological site in Italy announced Saturday the discovery of an intact ceremonial chariot, one of several important discoveries made in the same area outside the park near Naples following an investigation into an illegal dig.

Church bells rang out and a World War II-era plane flew Saturday over the funeral service of Captain Tom Moore to honor of the veteran who single-handedly raised millions of pounds for Britain's health workers by walking laps in his backyard.

UN: At least 18 killed by Myanmar forces in several cities

Security forces in Myanmar opened fire and made mass arrests Sunday as they sought to break up protests against the military's seizure of power, and a U.N. human rights official said it had "credible information" that at least 18 people were killed and 30 were wounded.

India is expanding its COVID-19 vaccination drive beyond health care and front-line workers, offering the shots to older people and those with medical conditions that put them at risk. Among the first to be inoculated on Monday was Prime Minister Narendra Modi.

Thai marchers link their democracy cause to Myanmar protests

A new faction of Thailand's pro-democracy movement staged a protest march Sunday, linking their cause with that of demonstrators in Myanmar battling that neighboring country's coup-installed military government.

Asian shares rise on hopes for US stimulus package

An Australian state on Monday became the first in the country to ban some single-used plastic items including drinking straws, stir sticks and cutlery.

The Philippines launched a vaccination campaign Monday to contain one of Southeast Asia's worst coronavirus outbreaks but faces supply problems and public resistance, which it hopes to ease by inoculating top officials.

Sunday's legislative and local elections in El Salvador are seen as a referendum on whether to break the congressional deadlock that has tied the hands of upstart populist President Nayib Bukele.

The public relations chief for Japan's prime minister has resigned after she acknowledged she had a 70,000 yen ($700) dinner paid for by a broadcaster.

Syrian air defenses were activated in the capital Damascus and its southern suburbs Sunday night to repel an Israeli missile attack, state media reported. There was no word on casualties.

Authorities in western Libya on Sunday released two local journalists who had been detained in the capital last week following a news conference with the prime minister.

UN warns of mass famine in Yemen ahead of donor conference

A U.N. humanitarian agency on Sunday warned that more than 16 million people in Yemen would go hungry this year, with already some half a million people in the war-torn country living in famine-like conditions.

An Associated Press journalist has been detained by police while covering protests against the military coup in Myanmar.

At least 15 Africans drowned when their boat capsized Sunday off Libya, a U.N. spokeswoman said, the second shipwreck involving migrants seeking a better life in Europe in just over a week.

Mass gatherings took place in Jerusalem on Sunday as Israelis celebrated the Jewish holiday of Purim in violation of coronavirus restrictions.

US is 'gravely concerned' by reports of abuses in Ethiopia

The United States is "gravely concerned by reported atrocities and the overall deteriorating situation" in Ethiopia's Tigray region, U.S. Secretary of State Antony Blinken said in the toughest statement yet from Washington on Ethiopia's ongoing conflict.

An Israeli-owned cargo ship that suffered a mysterious explosion in the Gulf of Oman came to Dubai's port for repairs Sunday, days after the blast that revived security concerns in Mideast waterways amid heightened tensions with Iran.

Germany announced Sunday that travelers from France's northeastern Moselle region will face additional restrictions because of the high rate of variant coronavirus cases there.