Boom or bust, this season will be historic for the Wild.

The NHL has never had teams compete solely within their division until now, a specialized setup for 2021 that simplifies the road to the playoffs without easing up on the pressure. And the Wild should sense that urgency as soon as it debuts in the West Division on Thursday against Los Angeles.

"That's the exciting part for the league is that there is going to be some intensity right from the drop of the puck," coach Dean Evason said. "There can be some lulls throughout the season. [But] such that it's a sprint and it's against familiar teams and teams that you have to make ground against in order to give ourselves a chance to be in the playoffs at the end. I think the intensity level will be extremely high because of that."

Teams are playing each other at least twice in a row and sometimes up to four straight games. That'll undoubtedly rekindle rivalries with longtime foes like Colorado and St. Louis that normally compete alongside the Wild in the Central Division, but it should also build new ones.

The other teams in the West are Anaheim, Arizona, Los Angeles, San Jose and Vegas — clubs that are usually based in the Pacific.

A look at the new divisions

"Historically, they've been good teams in that division with the California teams," winger Zach Parise said.

"I think all of them kind of had an off year last year, but we're expecting it to be a tough division. All the games are tough. But I don't mind the new scheduling as far as playing the same team back-to-back. While you're in that city might as well play them twice. I don't mind that one bit.

Only the top four finishers will advance to the playoffs, and the margin for error will be minuscule.

Without a reprieve to take on teams in other divisions and the opposite conference like there typically is, gone are the games where a club could miss out on points and not take a hit in the standings.

Now, someone will always be moving up at the expense of someone else falling behind — making every contest essentially a four-point battle.

And that swing might be most obvious in the first few months.

"In a short season like this, if you put yourself behind the eight ball early, it's going to be tough to dig yourself back out of that," goalie Cam Talbot said.

Considering the Wild starts with the three California squads, the team has a chance to establish momentum from the outset.

The Kings, Ducks and Sharks finished in the bottom five of the NHL last season, and all still look like a work in progress. They've also been idle longer than the Wild since they missed out on the bubble playoffs.

After beginning in Los Angeles with two games, the Wild will complete its season-opening road trip with a pair of matches in Anaheim before returning home to Xcel Energy to host San Jose on Jan. 22. Two games in Colorado open February before Arizona comes to Xcel for back-to-back games starting Feb. 6.

Like the Wild, the Coyotes made the postseason last year when the NHL returned from hiatus — surviving the qualifiers before getting eliminated in the first round.

But whether they improve on that performance or take a step back is difficult to predict; former Wild goaltender Darcy Kuemper remains a key catalyst, but how consistent the offense is will probably dictate the team's potential.

Outlasting Arizona may end up being the Wild's ticket to the playoffs if Colorado, St. Louis and Vegas re-emerge as contenders. And it appears they will.

If its goaltending wasn't ravaged by injury, the Avalanche could have made a longer run in the bubble. The Blues lifted the Stanley Cup only two seasons ago, and the Golden Knights have appeared in the Western Conference finals twice in their three-season existence.

They also have a formidable tandem in net with Robin Lehner and Marc-Andre Fleury, an electric playmaker in Mark Stone and they lassoed top defenseman Alex Pietrangelo from St. Louis in the offseason.

Amid all the changes, there will be a source of normalcy — the difficulty of the NHL. 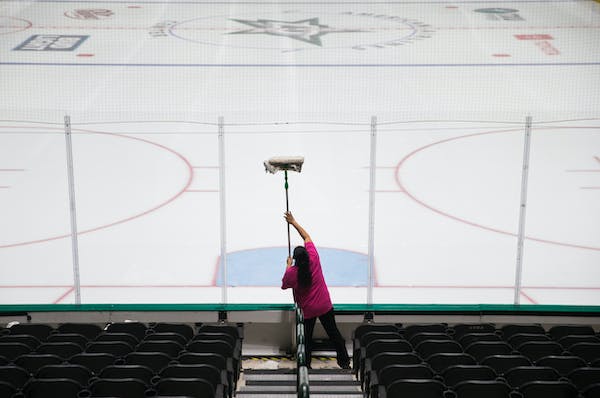 Questions abound as the NHL opens the 2021 season, but one thing is sure, rivalries are set to ignite.

Sarah McLellan covers the Wild and NHL. Before joining the Star Tribune in November 2017, she spent five years covering the Coyotes for The Arizona Republic.