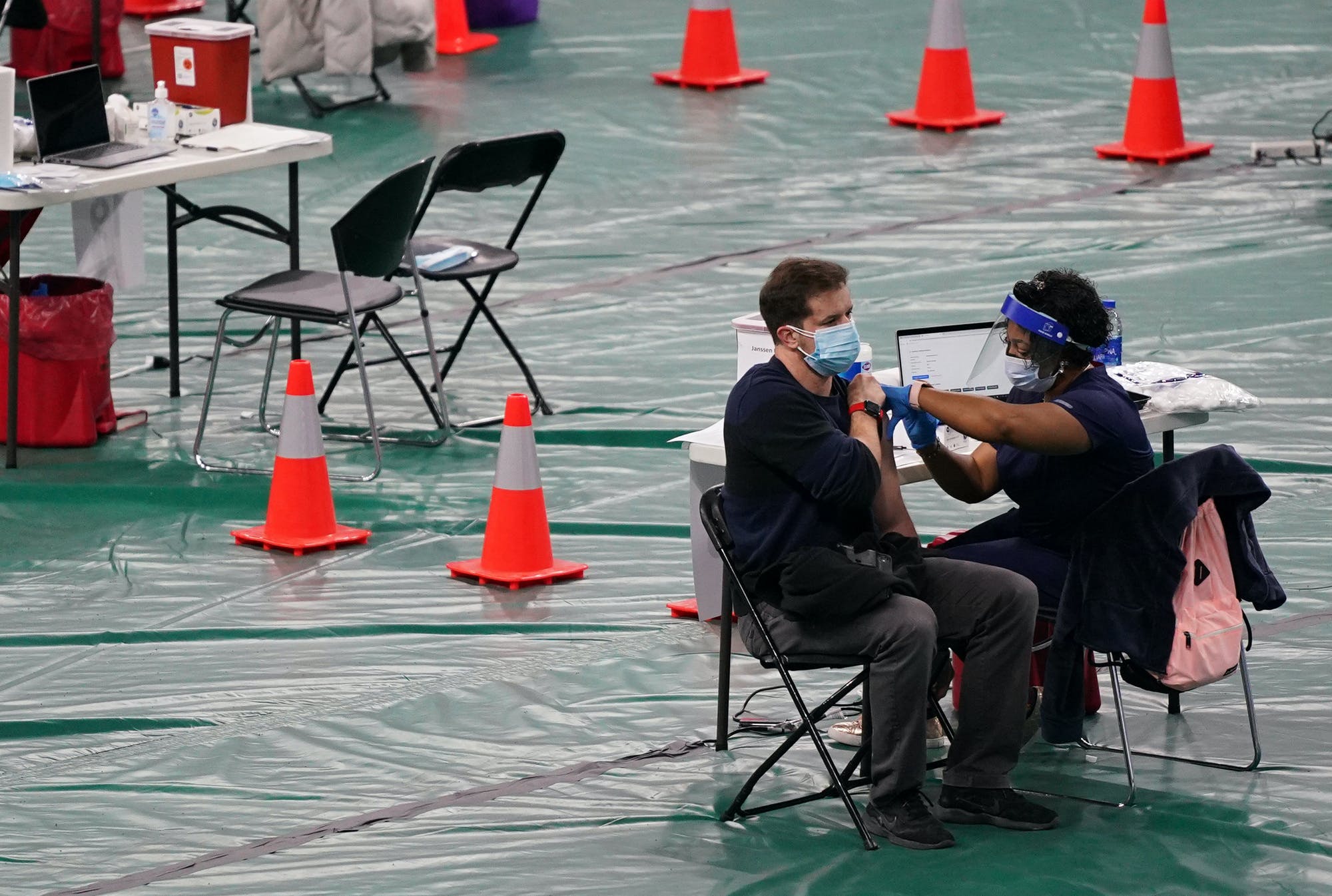 The state reported 975 new cases and 12 more deaths linked to COVID-19. The test "positivity rate" was again lower than the state's "caution" level of 5%.

Change is the constant as Minnesotans found new pathways to deal with pandemic pressures.

Swiss vote on proposal to ban face coverings in public

Swiss voters delivered their verdict Sunday on a proposal to ban face coverings, both the niqabs and burqas worn by a few Muslim women in the country and the ski masks and bandannas used by protesters. A projection after polls closed pointed to a very close result.

The Latest: New Caledonia into lockdown as infections emerge

Local authorities ordered New Caledonia, a French archipelago in the South Pacific, to be placed under lockdown for at least two weeks to try to prevent the virus from spreading.

Where IS ruled, pope calls on Christians to forgive, rebuild

Pope Francis called on Iraq's Christians to forgive the injustices committed against them by Muslim extremists and to rebuild as he visited the wrecked shells of churches and met ecstatic crowds in the community's historic heartland, which was nearly erased by the Islamic State group's horrific reign.

With many vaccinated, Israel reopens economy before election

Israel reopened most of its economy Sunday as part of its final phase of lifting coronavirus lockdown restrictions, some of them in place since September.

German lawmaker to resign after his firm profited from masks

A lawmaker with German Chancellor Angela Merkel's party said Sunday he will give up his seat in parliament and leave politics after it emerged that his company profited from deals to procure masks early in the pandemic — drawing sharp criticism in an election year.

and need — a lot of dreams.

Russia's boast in August that it was the first country to authorize a coronavirus vaccine led to skepticism at the time because of its insufficient testing. Six months later, as demand for the Sputnik V vaccine grows, experts are raising questions again — this time, over whether Moscow can keep up with all the orders from the countries that want it.

Carnival is usually the highlight of the year for Cyprus, when residents let loose in bizarre and colorful costumes, joyfully dancing and celebrating during the Mediterranean island nation's biggest annual party scene.

The escalation of violence in Myanmar as authorities crack down on protests against the Feb. 1 coup is raising pressure for more sanctions against the junta, even as countries struggle over how to best sway military leaders inured to global condemnation.

China's exports surged 60.6% over a year earlier in the first two months of 2021, after factories reopened and global demand started to recover from the coronavirus pandemic.

'We can do big things,' Schumer says as Senate approves aid

Tensions were raw ahead of midnight as Republican leader Mitch McConnell rose in the Senate for the purpose of publicly ridiculing Majority Leader Chuck Schumer over the daylong delay as Democrats argued among themselves over the $1.9 trillion COVID-19 rescue package.

keep your eye on the ball, right?

The South Korean and U.S. militaries are scaling back their annual exercises this month due to the COVID-19 pandemic and to support diplomacy focusing on North Korea's nuclear program, officials said Sunday.

The Latest: Vegas benefits as Nevada eases some virus rules

Nevada Gov. Steve Sisolak has signed an emergency order adjusting the minimum distance between performers and audience members that previously challenged the return of productions in Las Vegas.

The Dalai Lama, the 85-year-old Tibetan spiritual leader, was administered the first shot of the coronavirus vaccine on Saturday at a hospital in the north Indian hill town of Dharmsala.