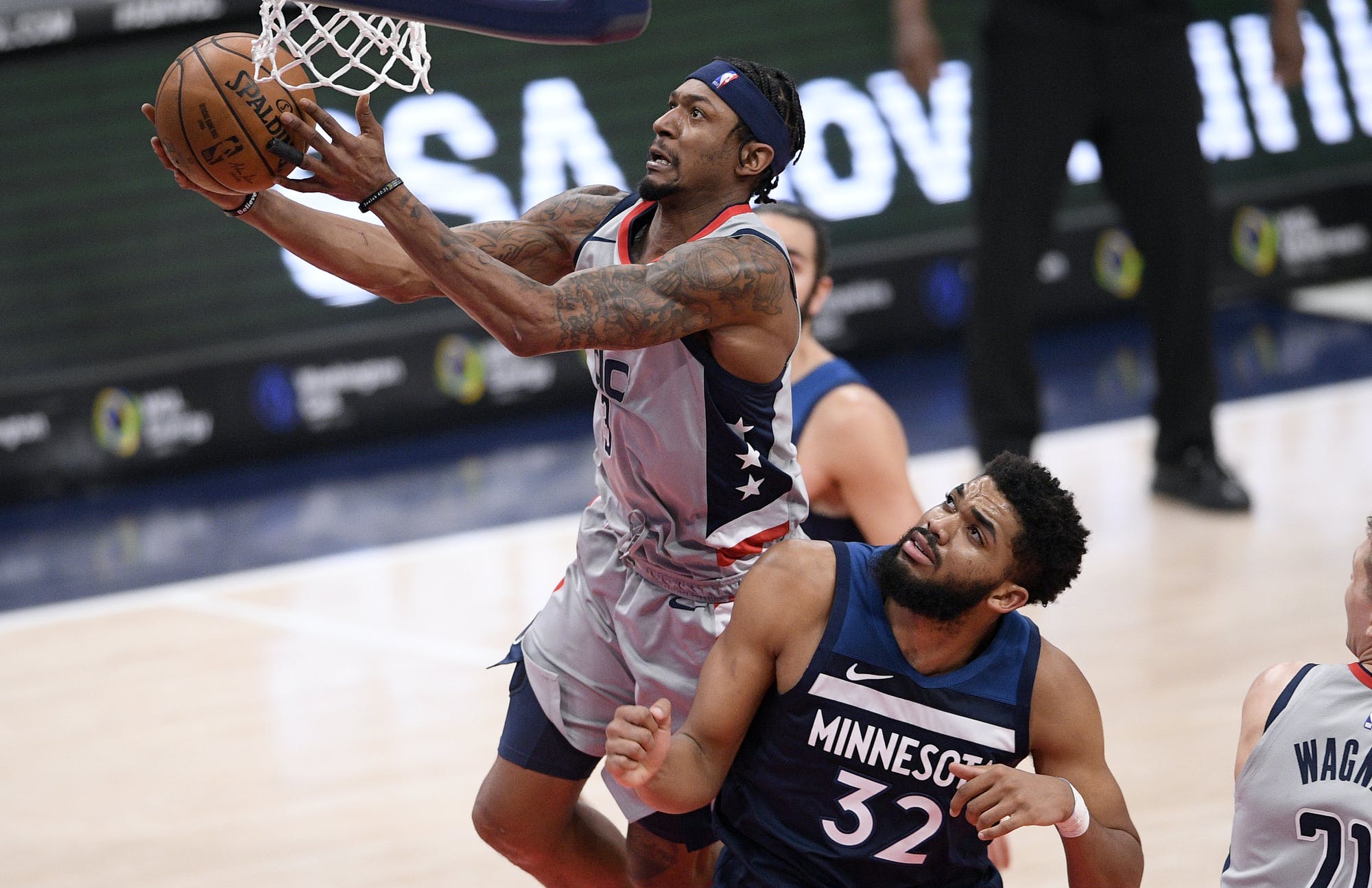 Bradley Beal finished with 34 points vs. the Wolves, 17 coming in the third quarter, and Russell Westbrook had 19 points, 14 rebounds and 12 assists in a 128-112 victory.

A look back at the Timberwolves' tumultuous week

The Wolves are coming off a week in which they fired and hired a coach, went winless on a four-game road trip—all against Eastern Conference teams — and lost their second-leading scorer to a suspension.

It's been less than a week since Chris Finch took over as Wolves coach, and it's been an unusual transition.

A look back at Saturday night's game.

The Suns are playing well, having won four of five games, including a victory at Chicago on Friday night.

Replacing Beasley will be a team effort for Wolves

No one player is going to replace the 20.5 points Malik Beasley had before his suspension. Wolves coach Chris Finch said he's expecting everyone to do a little bit more.

The Wizards have won six of their past seven games, including an impressive 112-110 victory in Denver on Thursday.

The Timberwolves want to play fast. Here's the question: Why?

The Wolves already play fast and have struggled doing it. Even if that's the way President Gersson Rosas wants them to play in the future, it's hurting them in the present.

Podcast: Will Gophers join Wolves with a coaching change?

Michael Rand's Daily Delivery breaks down Minnesota's 67-59 loss to Northwestern — a team that entered on a 13-game losing streak — and wonders if another basketball coaching firing could be ahead.

Malik Beasley's ban stems from a guilty plea after he aimed a rifle at a pregnant woman, her husband and their teenage daughter outside his home last fall.

Wolves stepping up the pace in Finch's first two games

A lot of possessions could be a good thing, but opponents are also benefiting from Minnesota's hurried style in the first two games under the new coach.

After Karl-Anthony Towns fouled out with 12 seconds left in regulation, Ricky Rubio sent the game to an overtime that the Bulls controlled.

Not worth the energy, Towns says he's cutting down on arguing with refs

Karl-Anthony Towns fouled out Wednesday night in Chicago, but he hasn't been as demonstrative with officials this season. There's a reason for that.

A look back at Wednesday night's game.

Reusse: NBA stacked against 'always building' teams like the Wolves

It's cold and depressing as a lowly member of the ABA — the Always Building Association — but it seems to be the Timberwolves' destiny in the most-unforgiving of pro sports leagues.

After an eight-day break, the team will start the remaining slate of games in New Orleans.