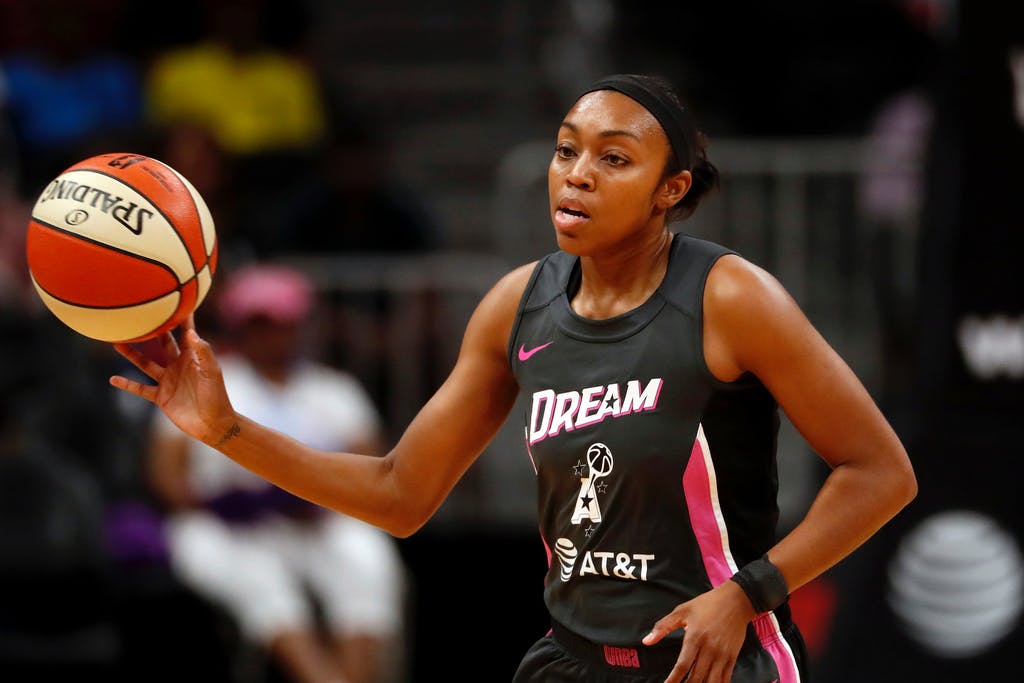 The team was sold after former Sen. Kelly Loeffler came under fire from players in the league. Messaging from players played a role in Loeffler's U.S. Senate defeat.

Former Atlanta Dream guard Renee Montgomery made history on Friday as part of a three-member investor group that was approved to purchase the team.

Kelly Loeffler's ownership tenure — tumultuous in the past year — of the Dream is over.

Chiney Ogwumike, a two-time WNBA All-Star and former No. 1 overall pick, has re-signed with the Sparks ahead of the 2021 season, the team announced Thursday.

Indiana Fever President Allison Barber wanted to find a way to continue the work her team and the rest of the WNBA did last summer in the fight for social justice.

Minnesota sports fans are accustomed to the same pleas from local teams: Rebuild. Patience. Future. But the Lynx have not taken this path.

Mark Davis is all in on the Las Vegas Aces.

Powers stoked to be part of revamped Lynx: 'We got something here'

The wintry blast causing misery across Texas has prompted the postponement of an NBA game in Dallas, a second consecutive NHL game and disrupted the college basketball schedule for a number of teams.

Podcast: With KAT back, time to raise expectations for the Wolves

D'Angelo Russell being sidelined by a leg injury makes it difficult to see the full picture. But there's no excuse for the Wolves to keep playing like a 7-20 team. Also, sorting out Twins and Lynx deals that may seem puzzling at first look.

The team gets only a second-round pick in return for the players and two draft picks in a salary cap-clearing move.

Fever acquire Allen and Minnesota's 1st round pick next year

The Indiana Fever had a busy day, trading for Minnesota's 2022 first-round pick and Lindsay Allen from Las Vegas on Monday.

Better times are ahead, and in sports as well as life, better times require health and normalcy. Here's a list of what could make 2021 an uncommonly good sports year.

Mikiah Herbert Harrigan was taken by the Lynx out of South Carolina with the sixth pick in last year's draft.

Zahui B. signs with Sparks and Williams heads to Las Vegas

Amanda Zahui B. is changing coasts after signing with Los Angeles on Thursday.

Liberty get Howard, Samuelson to Storm, 1st pick to Dallas

In a flurry of WNBA trades, the New York Liberty acquired All-Star Natasha Howard while the No. 1 pick in this year's upcoming draft ended up in Dallas.

The Latest: Howard U cancels remainder of men's hoops season

The Latest on the effects of the coronavirus outbreak on sports around the world:

Bueckers leads No. 2 UConn over No. 1 South Carolina in OT

UConn's freshman star from Hopkins scored 31 points, including her team's final 13, to lead the Huskies to a 63-59 victory.